A Biden administration freeze on oil and gas leasing and drilling permits is being denounced by one Native American tribe as a violation of its sovereignty.
On Wednesday, acting Interior Secretary Scott de la Vega issued a 60-day ban on new permits on federal land, according to The Washington Times.

That did not sit well with the Ute Indian Tribe of Utah, which fired off a letter to de la Vega, calling for the order to be amended to allow for drilling on Native American lands.
“The Ute Indian Tribe and other energy producing tribes rely on energy development to fund our governments and provide services to our members,” said the letter from Luke Duncan, chairman of the Ute Indian Tribe Business Committee.
“Your order is a direct attack on our economy, sovereignty, and our right to self-determination,” Duncan wrote, according to The Washington Times. “Indian lands are not federal public lands. Any action on our lands and interests can only be taken after effective tribal consultation.”
RELATED
Amazon Fights Against Mail-In Voting, Claims is the Only Way to Ensure ‘Valid, Fair’ Union Election
Unions That Endorsed Biden are Now Blasting Him Over Killing ‘Thousands of Good-Paying Union Jobs’

The order “violates the United States treaty and trust responsibilities to the Ute Indian Tribe and violates important principles of tribal sovereignty and self-determination,” the letter stated. “Your order was also issued in violation of our government-to-government relationship.”
The Ute Indian Tribe produces about 45,000 barrels of crude oil per day and about 900 million cubic feet per day of natural gas, Reuters reported, citing a 2017 filing with the Bureau of Indian Affairs.
Tyler Cherry, a spokesman for the Department of the Interior, said the order does not block all permits, but “temporarily elevates review of relevant agency decisions” to “Department leadership for the purposes of reviewing questions of fact, law, and policy they raise.”

“Nothing has been paused or suspended, just elevated for review,” he said, according to The Washington Times.
Nonetheless, the ban has received harsh criticism.
“An all-out assault on American energy independence appears to be the top priority of the Biden Administration,” said Republican Rep. Dan Crenshaw of Texas, according to The Washington Times.
“From rejoining Paris to canceling Keystone and now this ban on drilling on federal land, it’s clear the campaign trail rhetoric of banning oil and gas is turning into actual policy in the Biden-Harris White House.”
Rikki Hrenko-Browning, president of the Utah Petroleum Association, said the order would “negatively impact local economies all across the West including Utah,” according to the Tribune.
It also “infringes Native American sovereignty and self-determination, and works against the Biden administration’s goal of combating climate change,” Hrenko-Browning said, the newspaper reported. “We strongly urge the Biden administration to revisit this decision and instead work in a collaborative fashion, in the way his inaugural address portended.”

The Ute Indian Tribe does not mince words in their response to Interior’s order restricting federal energy development:
“Your order is a direct attack on our economy, sovereignty, and our right to self-determination.” pic.twitter.com/U5MiZCMx4n
— Megan Barnett Bloomgren (@MeganBloomgren) January 22, 2021
Click to expand... 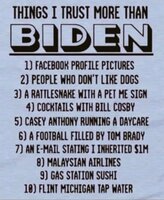 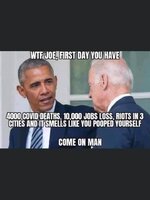 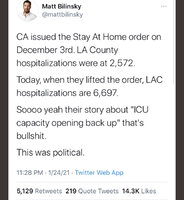 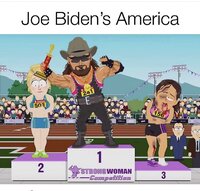 Written by a Keystone Pipeliner:

Today is a heavy day. Its hard to believe something I love so much can be taken away by people that have no idea exactly how I make my living. They have no idea the pain and misery and sacrifice that comes with this job.
This job kept me from being a shit bag like alot of the lower class kids I grew up with. This job kept me off drugs and out of jail. This job moved me out of the slums. This job gave me a below average simple man that started with nothing but bad credit and a shitbox truck the ability to rise above alot of my peers. I didn't have to get a goverment loan that I can't pay back for an education I'll never use.
All I had to do is put in my time and give it my best. I worked hard to get where im at. Nothing is free or given on the ROW. You earn it. Every damn bit of it. You work 7-12s no matter the weather. You miss holidays, birthdays, ballgames and all the other things 9 to 5ers enjoy.
Yes the money's good. It's not about the money. It's the feeling you get when you and your buds are ringing wet covered in mud after a 16 hr shift doing a tie in.
It's knowing you belong to something so much bigger than yourself.
Mr President how dare you take that away from me. You a man that has done nothing but live of my tax dollars. How dare you sale all of us out. How dare you shut down whole communities and make us dependent on foriegn oil again.
How dare you take food from our familys mouths.
How dare you sir. 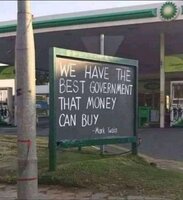 Here’s What Pelosi Said When a Mob Invaded a State Capitol 10 Years Ago
January 25, 2021

As House Speaker Nancy Pelosi pursues a politically driven impeachment of former President Donald Trump for his alleged role in the Jan. 6 incursion in the Capitol, a look back to the not-too-distant past shows Democrats haven’t always taken such a hard line against violent protesters in the halls of government.
And Pelosi herself is on record casting herself in “solidarity” with exactly the kind of behavior she now accuses Trump of inciting.

As Fox News reported on Monday, Twitter posts unearthed from 10 years ago show the Democratic House leader positively enthusiastic about a mob of trade unionists, teachers and assorted rabble who crowded the halls of Wisconsin’s state Capitol in Madison in 2011 to protest moves by then-Wisconsin Gov. Scott Walker to bring conservative values to the Badger State’s government.
There were no deaths during the Madison disturbances as there were, tragically, during the Washington incursion, but the Wisconsin situation was still, in many ways, worse.
As the Madison State Journal reported in a 2017 retrospective, the Wisconsin Capitol protests went on for weeks and gummed up the day-to-day work of government.
“Hundreds flooded the Capitol and occupied the building around the clock for nearly a month — moving in with pillows and blankets — turning the statehouse into a congested maze of protesters, lawmakers, lobbyists and reporters,” the State Journal reported. “At times, the crowds grew so large that Capitol staff worried the building’s upper levels might collapse under the weight of so many people.”
In a Jan. 14 piece in The Washington Post, Post columnist Marc Thiessen described an excerpt from a book he co-wrote with Walker about the Madison invasion.
“‘The tall windows that framed the lobby were plastered with people yelling and banging on the glass,’ we wrote. ‘They were trapped. The senators hid under a stairwell, out of view, while the police ordered a city bus to pull up in front of the building. Officers then formed a human wall on the sidewalk, parting the sea of protesters and creating a pathway for the senators to reach the bus.’

“Once the senators were on board, ‘the mob on the street began punching the windows and shaking the vehicle. … The police told the senators and staff inside to keep their heads down in case a window shattered.’”
Throughout the occupation, which lasted from mid-February to early March 2011, the liberal mob chanted slogans such as, “This is what democracy looks like,” but it was more like what “mobocracy” looks like.
At the time, Pelosi was the House minority leader, having lost her speaker post in the 2010 midterm shellacking Democrats received at the hands of American voters.
“I stand with the students & workers of #WI, impressive show of democracy in action,” she wrote in a Feb. 17, 2011, tweet.

Now, Pelosi is using an incident involving much the same behavior to justify the constitutionally questionable, political prosecution of a man who’s no longer even in an elected office.

In a floor speech Rand Paul tears into the left for their incitement hypocrisy. 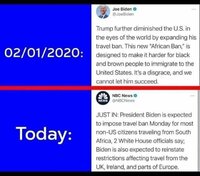 i am sure most of you are unaware of Residential schools..but i am very familiar with them
in 1876 both the US and Canadian governments set these schools up and were run by the Roman Catholic Church with government funding
to kill the Indian in the child
the RCC kidnapped and rounded up all Native children and teens under the age of 20 years old..they were stolen from their parents never to been seen again by their parents and from their lands and forced to cut their hair and speak only english or french depending what school they were forced into..many Native children lost their lives by the hands of nuns and priests when they were caught speaking their own languages with other native children or disobeying the nuns or priests....there is no exact numbers of deaths because of incomplete and often covered up records
the last Residential school finally closed in Canada in 1996..yes that date is correct..they operated for over 100 years 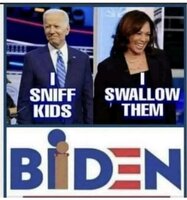