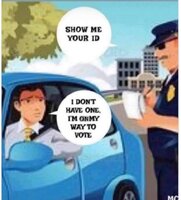 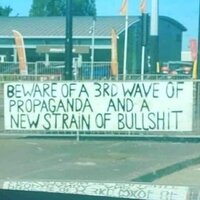 Something is going on in Arizona...

After the July 15 hearing with auditor, Cyber Ninjas CEO, and Hugo-Chavez-somehow-corrupted-the-2020-election-despite-being-dead conspiracy theorist Doug Logan, Maricopa County’s Republican chairman of the board of supervisors, Jack Sellers, released a statement saying that Logan had given false and misleading information throughout the hearing.

“It’s clear the people hired by Arizona Senate leadership to supposedly bring integrity to our elections are instead just bringing incompetence,” Sellers said. “At today’s briefing, the Senate’s uncertified contractors asked a lot of open-ended questions, portraying as suspicious what is actually normal and well known to people who work in elections. In some cases, they dropped bombshell numbers that are simply not accurate. What we heard today represents an alternate reality that has veered out of control since the November General Election.”

Indeed, some of those alternative-reality numbers that Logan presented sounded astonishing, but were almost immediately debunked.

Logan claimed, for instance, that “we have 74,243 mail-in ballots where there is no clear record of them being sent” to people in the mail. As local ABC News politics and data analyst Garrett Archer almost immediately reported, the number Logan cited to make this allegation was actually a combination of mail ballots and in-person early ballots, which of course would not have been sent to anyone in the mail. This basic conflation was the most eye-popping claim of the hearing and led to Trump’s allegation that “hundreds of thousands of votes” were in dispute.

Logan also claimed with an almost sheepish, gotcha grin that there were 11,326 people who didn’t show up on the voter rolls on Nov. 7 who later appeared on the final voter rolls on Dec. 4. “I cannot think of a logical explanation of why that would be,” he declared.

Except—no. There was a logical explanation that Archer tweeted out, almost immediately: The voter rolls would appear different between these two dates if the ballots in question were “received and processed on election day,” because ballots received on Election Day are not part of the count in question.

“This is common with…every…county…in…Arizona and has been since the data became available over a decade ago,” Archer wrote.

On this and other already litigated and debunked myths, Logan is seeking to extend the audit indefinitely while Trump is claiming victory.

As Jack Sellers indicated, though, Arizona’s auditors will face a steep challenge if they think they’re going to get any more information out of Maricopa County voluntarily, in order to mangle it.

“To Senate leaders I say, stop accusing us of not cooperating when we have given you everything qualified auditors would need to do this job,” his statement concluded. “Finish your audit, release the report, and be prepared to defend it in Court.” 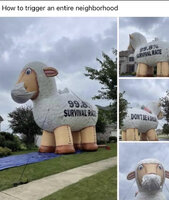 Something is going on in Arizona...

A group that seeks to ensure elections are run fairly said this week that an in-depth analysis of mail-in ballot images it obtained through a court order shows that the hand count audit in Fulton County, Georgia, last year “was riddled with massive errors and provable fraud.”

The analysis turned up at least 36 batches of mail-in ballots with 4,255 extra votes added into the audit results, Voters Organized for Trusted Election Results in Georgia (VoterGA), charged. Nearly 3,400 were for Democrat Joe Biden.

The team examining the ballots also found seven audit tally sheets (pdf) they believe were falsified to contain fabricated vote totals. In one example, the group said, a batch containing 59 ballot images for Biden and 42 for former President Donald Trump was reported as 100 for Biden and 0 for Trump.

The analysis revealed 923 of the mail-in ballot batch files containing votes incorrectly reported in the county’s official 2020 election result, making the reporting rate in the subsequent hand count audit 60 percent, according to VoterGA.


“We believe that there is massive audit errors,” Garland Favorito, founder of the group, told a press conference in Georgia on Tuesday.

The group received the images as part of a court case after it petitioned in late 2020 to get clearance to inspect all mail-in ballots cast in the county in the 2020 election, alleging that fraud took place. The petition cited witnesses to the alleged fraud, including Favorito and other poll watchers and workers.

By registering for the newsletter, you agree to the Privacy Policy.
Henry County Judge Brian Amero, who is overseeing the case, ordered in March that scanned ballot images be made available to the petitioners. Amero late last month let part of the election lawsuit proceed.

Asked about the new claims, a Fulton County spokeswoman told The Epoch Times via email: “This is related to a matter that is the subject of pending litigation. Therefore we do not wish to respond.”


A spokesman for Georgia Secretary of State Brad Raffensperger, a Republican, referred comment to Fulton County.

Favorito said that elected officials have known about the discrepancies “for a long, long time” and accused them of having “covered it up.”

Rep. Jody Hice (R-Ga.), who is challenging Raffensperger in the Republican secretary of state primary, called on him to resign in a video.

“In Fulton County, there is now undeniable proof of voter irregularity if not outright voter fraud,” he said, pointing to the evidence presented by VoterGA.


Raffensperger has claimed there was only no widespread fraud in the 2020 election, which saw Biden beat Trump in Georgia by under 12,000 votes out of over 4.9 million cast.

“The news coming out of Georgia is beyond incredible. The hand recount in Fulton County was a total fraud! They stuffed the ballot box—and got caught. We will lose our Country if this is allowed to stand,” Trump said in a statement on Wednesday.

“It’s clear. For those who challenge the results and question the integrity of the election: No other election has ever been held under such scrutiny and such high standards,” he said.

its already started..a scared population is easy to control so of course the BS is happening
and biden and his minions are using big tech to spread the BS and censor the real science 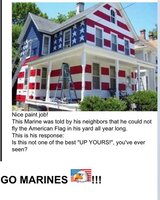 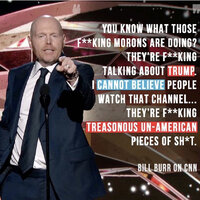 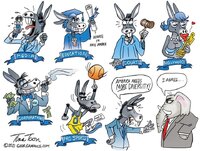 woke liberals really are that stupid 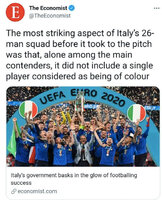 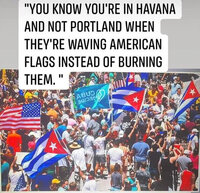 but this admin, big tech and the corrupt WHO swear that severe side effects and deaths to the vaccine
are conspiracy theories and non-existent
its all about government control and big pharmaceutical companies
when is FB and other big tech going to get their heads out of their asses and follow the real science
and stop censoring the truth..i wont hold my breath!

This is a world wide disease. It has exactly 0% to do with American politics. The thousands dying in Africa, Asia, Europe, South America couldn't care less about internal US politics, except where it affects the chance of them getting hold of a vaccine.
Last edited: Jul 21, 2021 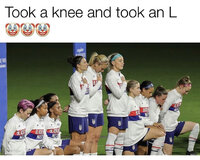