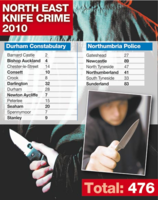 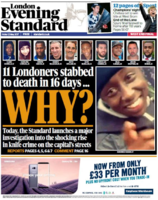 It is evil people that kill, and until we can control our violent whack jobs gun bans and knife bands will have little results.

And if we allow a flood of hate-filled people into our countries, it will get worse.

With all the knives confiscated, what will we do? 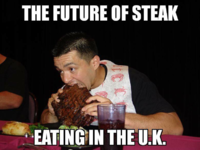 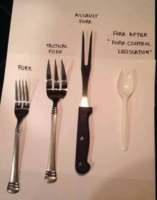 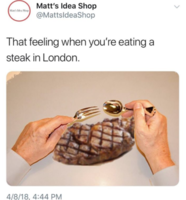 The last one will be in Legislation for decades. 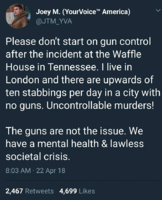 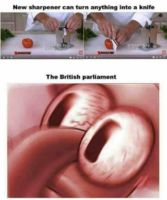 The scandal has dominated headlines in Britain for days and has sparked intense criticism of the Conservative government's tough immigration policies.

Rudd had been due to make a statement to Parliament on Monday over what has become known as the Windrush scandal.

The furor has grown since the Guardian newspaper reported that some people who came to the U.K. from the Caribbean in the decades after World War II had recently been refused medical care in Britain or threatened with deportation because they could not produce paperwork proving their right to reside in the country.

It has been illegal to carry a knife in England and Wales since 1988, except a pen knife, which is classed as "a knife with a folding blade not more than 3 inches long". Everyone's been fine with that. The last change in the law was 1997, prohibiting the selling of combat knives,

Why the sudden screams of outrage from someone not even affected?

Let's just say that like in 1917 and 1940, (when you were arse over teakettle in trouble that appeasement caused), you came screaming to us to pull your chestnuts out of the coals. Then you said, "What took you so long?' We are now affected because it will be our sons and daughters that are to be sacrificed because your useless House of Commons just sits and calls names across the aisle.

I will be eternally grateful that the USA turned the tide in both World Wars but constantly harking back to it as a reason for your paranoia is puerile, and I refuse to get into childish "my willy is bigger than your willy, my dad can beat your dad" arguments (similar to the HoC name calling).

Nobody cares about the size of your willy, only whether you are going to use it! And it's not that my dad can beat your dad, but the fact that your dad won't take off his apron and be a man. And where would "Dad's Army" be today, without even the freedom to tie a knife onto a pole and defend the country? Maybe it's not the willy, but what may or may not be hiding under it.

A teenager who posted rap lyrics which included racist language on Instagram has been found guilty of sending a grossly offensive message. Chelsea Russell, 19, from Liverpool posted the lyric from Snoop Dogg's I'm Trippin' to pay tribute to a boy who died in a road crash, a court heard. Russell argued it was not offensive, but was handed a community order. Prosecutors said her sentence was increased from a fine to a community order "as it was a hate crime". She was charged after Merseyside Police were anonymously sent a screenshot of her update...Liverpool Justice Centre, sitting at Sefton Magistrates' Court, heard Russell posted the lyrics to her account after the death of a 13-year-old in a road accident in 2017, the Crown Prosecution Service said. The words Russell used on her account contained a racial label which some people find extremely offensive. The screenshot was passed to hate crime unit PC Dominique Walker, who told the court the term was "grossly offensive" to her as a black woman and to the general community. The Liverpool Echo reported that Russell's defence had argued the usage of the word had changed over time and it had been used by superstar rapper Jay-Z "in front of thousands of people at the Glastonbury Festival." 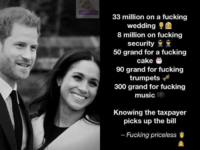 Well this is rubbish.
taking it line by line.
1 no.
2. true
3. used private money to build a new hospital.
4. Governments don't build here.
5. no idea but doubtful.
6. bollocks.
7. always existed.
8. always existed.
9. big claim, any evidence?
10. true.
11. true.
so 3 out of 11.
You must log in or register to reply here.
Share:
Facebook Twitter Reddit Pinterest Tumblr WhatsApp Email Link
Top