Just checking to ascertain whether you were continuing to debate or had decided to merely hurl insults. I see it's the latter so I'll leave you to your fantasies.

And I'll leave you to your lack of goolies.
V

And ghosties and long legged beasties and things that go "bump" in the night!


And I'll leave you to your stunning ignorance and unwillingness to be educated about something you really do not understand. 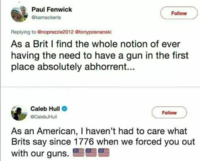 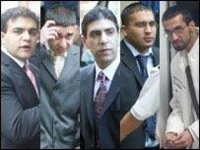 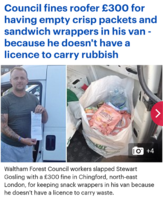 The native people? That's a good one! We've been a mongrel nation for millennia.

Yes, but are you ready to become an Islamic jihadic country. How much longer will the Church of England and Christianity survive? The ending of Parliament and the Monarchy? And "all things British" sliding into the Channel of Old England?

I predict less than a decade! At the rate they are flooding into the U.K. (England and Scotland), your culture will vanish. I don't understand the willingness of the British to lie down and surrender without a fight. Just like the Germans and French.

You expect what, even by the most radical of predictions, will be less than 17% of the population of the UK by 2050, to have taken over before 2030?

I gave up being afraid of the bogey man around 6 years old.

I hope that you are right but time will tell.

Combating Terrorism: Ban Guns, Ban Knives, and Now, Says London Mayor, Ban Cars
“A bad worker blames his tools,” my mother used to tell me. And bad leaders, it seems, blame the consequences of their bad policies on tools. A case in point is London mayor Sadiq Khan’s proposal to ban cars in certain areas of his city after Tuesday morning’s suspected Houses of Parliament terrorist attack.
You must log in or register to reply here.
Share:
Facebook Twitter Reddit Pinterest Tumblr WhatsApp Email Link
Top