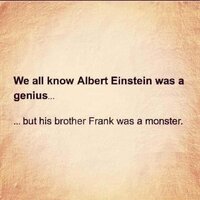 Firemen and police from the Ottertail Minnesota Area, all joined in a team effort to rescue a young girl stuck in a steel fence. Fireman from seven sub divisions attended and in all thirty five emergency personnel were involved. It took several hours to extract her from her predicament.

Fire Chief McLaughlin said, 'This was a pretty tough rescue, it took us quite a while to come up with a plan to safely extract her from the fence.’

Although the girl's entrapment was never life threatening it did take careful planning and lots of gentle handling to safely remove her. She was taken to the Tri-County hospital in Wadena MN where she was examined and released.

Poor thing, this picture below just about broke my heart…….

God bless those great police and firemen. Heroes, one and all!!

I experienced the WORST customer service earlier today at a shop in town. I don't want to mention the name of the shop because I'm not sure how I'm going to proceed.

I asked to talk to a manager now as I'm really not happy and I explained that I had bought the item, had got it home and it didn't work. The manager just smiled and told me to my face that I was "OUT OF LUCK." ???

I''ll tell you what... I am NEVER buying another Lottery Ticket from there again !!

I was walking home last night and decide to take a shortcut through
the cemetery. Three girls walked up to me and explained that they were scared
to walk past the cemetery at night, so I agreed to let them walk along with me.
I told them "I understand... I use to get freaked out too when I was alive."
Never seen anybody run so fast Wonder Why?

The driver of a huge tractor-trailer lost control of his rig and plowed into an empty tollbooth and smashed it to pieces. He climbed down from the wreckage.

Within a matter of minutes, another truck pulled up and unloaded a crew of workers. The men picked up each broken piece of the former tollbooth and spread some kind of creamy substance on it. Then they began fitting the pieces together. In less than a half hour, they had the entire tollbooth reconstructed and good as new.

“Astonishing!” the truck driver said to the crew chief. “What was that white stuff you used to get all the of the pieces together?”

The crew chief said, “oh, that was tollgate booth paste.” 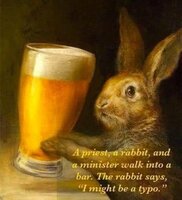 If you boil a funny bone, it becomes a laughing stock. 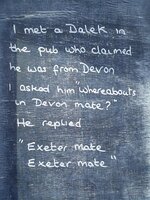 I Just Realized Something:
My dog sleeps about 20 hours a day.
He has his food prepared for him.
His meals are provided at no cost to him.
He visits the Dr. once a year for his checkup and again during the year if any medical needs arise.
For this he pays nothing, and nothing is required of him.
He lives in a nice neighborhood in a house that is much larger than he needs, but he is not required to do any upkeep.
If he makes a mess, someone else cleans it up.
He has his choice of luxurious places to sleep.
He receives these accommodations absolutely free.
He is living like a king and has absolutely no expenses whatsoever.
All of his costs are picked up by others who earn a living.
I was just thinking about all this, and suddenly it hit me like a ton of bricks ~ MY dog is a DEMOCRAT!!! =