the government wouldn't even be able to seize those guns, they're not registered!

The government is not allowed to take anything away from the people, that includes guns

There is nothing in the constitution that gives the federal government authorization to take ANYTHING from an American citizen, even it they have been doing it for decades.

but my point was the Dems think they can confiscate all the privately owned guns in the country if they gain power, and the country would be safer lol 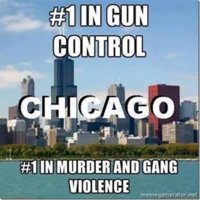 i believe Baltimore is right up their as well.. a city run by democrats

Not long ago, progressive state and local officials nationwide were vowing to take down the hated National Rifle Association by targeting its pocketbook. When city authorities in Los Angeles and San Francisco gave that idea a try, they were following the lead of Governor Andrew Cuomo, who had unleashed New York financial regulators to go after the gun-rights organization’s access to insurance and banking services.

Now all three are facing a reckoning in court, based not on the Second Amendment but on the First. Without needing to even consider the issue of gun rights, federal courts are recognizing that boycotts enforced by government power can menace free speech and free association.

The amusing part is that the public officials themselves are helping to provide the basis for these rulings by tweeting and speechifying about how much damage they intend to do the NRA.

In December, a federal court in California granted a preliminary injunction against a Los Angeles ordinance requiring city contractors to disclose any business links to, or memberships in, the gun group. It found the evidence “overwhelming” that the city’s intent in passing the law was “to suppress the message of the NRA.”

When people think of the causes of the American War for Independence, they think of slogans like "no taxation without representation" or cause célèbre like the Boston Tea Party. In reality,

Gun control all well good and dandy don't know if U.S. gov. can control any dam thing to began with anyways cause when they do it's alwys fuckedup. One of the first reasons why I wanna move to Texas. Washington can outlaw whatever they want just look how great outlawing people to come into this country illegally is working.

OH!~BELLS! Alexa is run by the government they monitor everything everyone all the time.

that's what I said! lol

Yea just like if you have a cell phone gps can find you anywhere's on the planet you know those companies have to have governments permission to set those satellites up there. 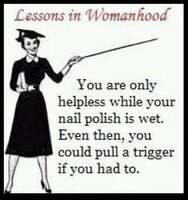