Ozzy {Ozzman60} has gone from Rooville 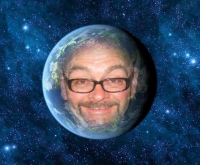 Ozzman60 whose real name was Christopher E. Brown from Burlington VT {moved to Nicholasville, Kentuckylater} fought a tough fight with ALS for the past 3 years died on December 12, 2017. His wife JoAnne had posted on FACE BOOK the following:

JoAnne Brown
December 8 at 11:45pm ·
It is with a very heavy heart that I am posting this update about Chris Brown. As everyone knows he has been fighting this battle with ALS for the past 3 years, which, has taken its toll. He has made a decision and will b taken off his ventilator on Tuesday morning. He has made this decision because his body has become septic and he chooses not to go back to a hospital and all of us here, including his doctors, feel that this is the best thing for him. I know that if he was able to communicate better right now, he would be telling all of you how much he loves y'all and is so thankful that so many wonderful people have been a part of his and our life. Y'all have meant so much to him more than you'll ever know. So please, keep the prayers coming and also know that Chris is 100% at peace with his decision. I thank you all as well for being an important part of our lives. I will post more info about funeral services as soon as I know them. God Bless.

Four days later he passed. I will remember Ozzy and as big kindhearted loving guy, loved JoAnne, dedicated service man {Go Army} funny as heck, a good listener, willing to help you with anything, could hold some debates, made funny vids, would send jokes and check up on me when ever I was sick or to make sure I wasn't sick and always called me "kiddo" as thought he was a lot older than me. I guess that was the big brother in him coming out, Most of all he was a special man that I love and was happy to be able to call him my friend! 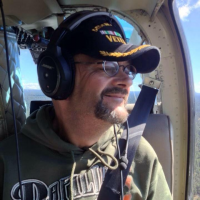 Farewell Solider you fought the good fight now you can rest in peace! 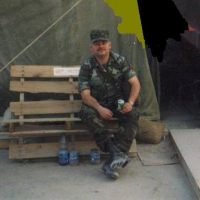 link to sigh his guest book and see his obituary
http://www.legacy.com/obituaries/name/christopher-brown-obituary?pid=187520504&view=guestbook

he was a kind and gentle soul, who knew how to be ferocious when a situation called for it
there wasn't a person he came into contact with that didn't leave feeling better
his hand was always outstretched, to anyone who wished to take a hold of it
we lost a great man, but Heaven gained an even better angel
RIP ~ Go rest high on that mountain, you've earned it ~

He was alot of fun and a joy to post with.. He loved to animate and he was good at it. I still have some of his emails
all were humorous its a good thing I save stuff it holds alot of memories for me. His fight with ALS was tough but he
gave it his all, he used to post on Facebook through voice recognition when it got real bad, the tributes left for him
tells the kind of man he was A GOOD Man! You'll be missed Ozzy my friend... I hope they find a cure for that awful disease

I did not have he good fortune to have meet Ozzy but, from what I have read about him I feel saddened that we didn't know each other. Rest in Peace my Brother and know we will cross paths again soon,,
You must log in or register to reply here.
Share:
Facebook Twitter Reddit Pinterest Tumblr WhatsApp Email Link
Top