He should be glad he only got a black eye. 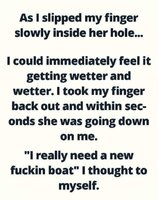 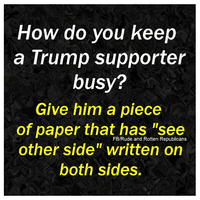 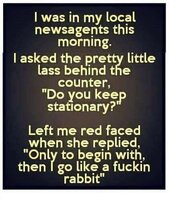 Two Crocodiles were basking by the side of the swamp near the river.

The smaller one turned to the bigger one and says, "I can't understand how
you can be so much bigger than me. We're the same age. We were the
same size as kids. I just don't get it."

"Well," said the big Croc, "What have you been eating?"
"Politicians, same as you," replied the small Croc.
"Hmm. Well, where do you catch them?"
"Down the other side of the swamp near the parking lot by the Parliament Buildings."
"Same here. Hmm. How do you catch them?"
"Well, I crawl up under one of their Lexus cars and wait for one to unlock
the car door. Then I jump out, grab them by the leg, shake the shit out of
them and eat 'em!"
"Ah!" says the big Crocodile, "I think I see your problem. You're not
getting any real nourishment. See, by the time you finish shaking the shit
out of a Politician, there's nothing left but an arsehole and a briefcase."

Dears Sirs
We have started a campaign to clean up the Internet as it seems the most innocent of searches fill the screen with disgusting filth. Even Googling ones own name pollutes ones computer with pornography.
We would be most grateful if you could add your name to our petion below.
Yours sincerely

brilor said:
Dears Sirs
We have started a campaign to clean up the Internet as it seems the most innocent of searches fill the screen with disgusting filth. Even Googling ones own name pollutes ones computer with pornography.
We would be most grateful if you could add your name to our petion below.
Yours sincerely

A young man is wandering and lost in a forest when he comes upon a small house. Knocking on the door, he is greeted by an ancient Chinese man with a long gray beard. "I'm lost," said the young man. "Can you put me up for the night?" "Certainly," the Chinese man said, "but on one condition. If you lay a finger on my daughter, I will inflict upon you the three worst Chinese tortures known to man." "OK," said the man, thinking that the daughter must be pretty old, and entered the house.
During dinner, the daughter came down the stairs. She was young, beautiful, and had a fantastic body. She was obviously attracted to the young man as she couldn't keep her eyes off him during the meal. Remembering the old man's warning, he ignored her and went up to bed alone. During the night, he could bear it no longer and snuck into her room for a night of passion. He was careful to keep everything quiet, so the old man wouldn't hear. Near dawn, he crept back to his room, exhausted but happy.
He woke to feel a pressure on his chest. Opening his eyes, he saw a large rock on his chest with a note on it that read, "Chinese Torture 1: Large rock on chest." "Well, that's pretty crappy," he thought."If that's the best the old man can do, then I don't have much to worry about." He picked the boulder up, walked over to the window, and threw the boulder out.
As he did so, he noticed another note on it that read, "Chinese Torture 2: Rock tied to left testicle." In a panic he glanced down and saw the rope that was already getting close to taut. Figuring that a few broken bones was better than castration, he jumped out of the window after the boulder.
As he plummeted towards the ground, he saw a large sign on the ground that read, "Chinese Torture 3: Right testicle tied to bed post."

A bloke calls his wife from A&E. He tells her that his finger got cut off on the building site where he works.
"Oh my God!" cries the wife, "The whole finger?"
"No," replies the bloke, "The one next to it." 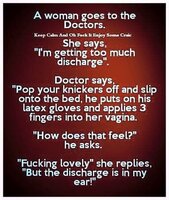 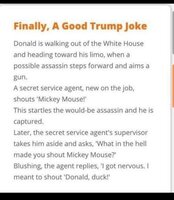