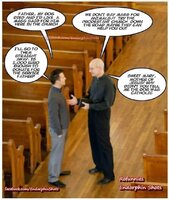 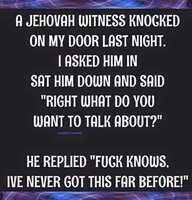 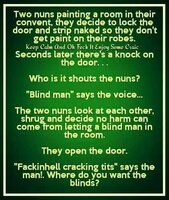 "Can I have some metal polish. I want to do my nails."
"Metal polish? You must mean nail polish."
"I know what I mean," replied Jesus. 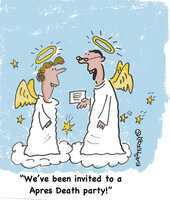 One day an engineer died and went to heaven. But St. Peter said "I can't let you in because your name is not on the list." So the engineer went down to Hell and was let in. Well he stayed there for a couple of days and then decided that it was too hot and everything was inaccessible. So he built flushing toilets air conditioning running water and a lot of other things. One day God calls down and says to Satan"So Satan how's it down there in hell?? " and Satan says: "Well it's great I've got an engineer down here and he has build air conditioning running water flushing toilets and I don't know what else he's gonna build next. Then God asks"You've got an engineer down there?" "That's a big mistake. Send him up here right now!" and Satan replies"No way this is the best thing that's ever happened to hell." and God says"send him up or I'll sue!!" and Satan says smirking"Now just where are you gonna get a lawyer ??" 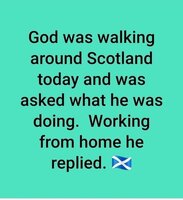 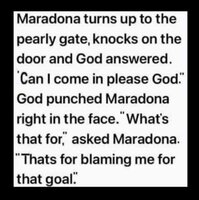 
They're Back! Those wonderful Church Bulletins! Thank God for the church ladies with typewriters. These sentences actually appeared in church bulletins or were announced at church services:
--------------------------