His knightly politeness is known round the counties
Through dewy green pastures of infinite bounties
More courteousness than a passel of mounties
Who is he? Why, Jacob Rees-Mogg

So what if he met with that fascist, Steve Bannon
Or nationalist fervour’s the oeuvre he ran on?
It’s softened with nods to the literary canon
Should refugee children be met with compassion?
Nevermore! quoth the Jacob Rees-Mogg

His suits sharp as long knives, his sentiments blunt
His views to the right of both Johnson and Hunt
Cometh the shitshow, cometh the count-
ry gent with grit and national front
Scourge of the foreign! Prince of the pale!
Extracting the fly from our country’s warm ale
It’s the Eurocrats fault if his policies fail
You’re infallible, Jacob Rees-Mogg

And yet you’re attacked – like it’s all just an act
Like your seemly demeanour’s a smoke screen, in fact
Who needs marriage for gays? Or a liveable flat?
Or control of their womb? Here’s some moderate tact
They can’t see you just want the best for your party
Ensconced in your mansion in bluest West Harptree
With just enough sense not to dress like a Nazi
(Just borrow their ethics and zest for autarchy)

As white as a plate of potatoes au gratin
Which – if it were yours – the chef probably spat in
You pepper each lecture with clichés in Latin
‘Yes, I luncheoned with racists who fear Muslim culture
And chant “send them back”. My mistake. Mea culpa.’
‘Did I really say Scots should be put to the sword?
Errare humanum est. Safely ignored.’
‘Would I dissolve parliament? Crown myself king?
Well, look at it this way:
Obligato regatta meccano excelsior quorum etcetera…
That sort of thing.’

A Mail reader’s portrait of class and refinement
Your squeamish obsession with sexual alignment
Leads ignorant critics to label you snooty.
Sex isn’t for pleasure. It’s more of… a duty
Conceiving your scions from Peter to Sixtus
Your countenance locked in a gravedigger’s rictus
While thinking of regional cricketing fixtures
And boys singing carols in churches at Christmas
And queues at the pictures, and pink dolly mixtures
Lawnchairs in wicker. Topiary clippers.
Cycling vicars… Men sipping bitter…
Multiple Hitlers… Britannia Invictus!

When you start each reply ‘Well, it’s quite clear to me,’
I picture you hogtied and dropped in the sea
While envious Frenchmen all pelt you with brie
They wish they were English, that’s all it can be

I hope that you suffer, a martyr for Blighty
A Christlike piñata for downtrodden whitey
Who bears every sacrifice oh-so-politely
Like when Nursey would fasten your jodhpurs too tightly

O Jacob Rees-Mogg, o Jacob Rees-Mogg
I hope you get eggbound and die on the bog
I hope you get found with your pants round your calves
And your socks stained with faeces, and everyone laughs
I hope someone brown gets their face on a coin
And you weep, and spill scalding Earl Grey in your groin
And your penis gets gangrene and burns when you piss
And falls off and gets lost in a layby, near Diss

O Jacob Rees-Mogg! O Britannia’s last hope!
To gammon-faced racists you’re almost the Pope
I’m afraid that a soul’s something money can’t buy
You’re not King Arthur, Jake
You’re a twat in a tie
You think you’re distinguished
You’re just rich and pinkish
This bullshit we sniff’s just the stink of your privilege
Which zings like a vintage to dim-witted English
Who’d burn down the country to heat up their village
You think you’re St George
I think you’re engorged
At the thought of more wars and the poor staying poor
You take your eggs boiled and your women indoors
And your orders from Tories who sit in the Lords

You look like a maribou stork shitting gorse
Or a headmaster crossed with a mortician’s horse
A skeleton’s butler, a cricket bat’s ghost
An English Von Ribbentrop scraped into toast
You look like a paedophile off to the morgue
A whiff of Gestapo, a touch of the Borg
A vampire enshrouded in mothball-tinged fog
But the truth is more dreadful – you’re Jacob Rees-Mogg

O Jacob Rees-Mogg! O unconscionable cur!
Most punchable fizzog from here to Jaipur
They say you’re a bigot, I have to aver
I’d call you a turd, but to turds that’s a slur
A cheaper grim reaper in overpriced clothes
Who feeds from the colon of Cecil B Rhodes
The pinnacle prick of the parasite class
A soulless and cynical Thatcherite arse

The greed of a grass snake, a frog’s empty stare
With morals so bankrupt, you make us miss Blair
I’m sure you can list when our kings came to power
But not one name of someone who burned in that tower
Or the staff of just one local library shut
Or a suicide who’d had their benefits cut
Or the gay fathers you think aren’t fit to raise kids
Did God tell you they weren’t? I don’t think that He did
I don’t think you know Him – He’s just an excuse
For your capital creamed off systemic abuse
May your conscience constrict round your throat like a noose
Please: pull on your tie till your jowls turn puce
Supreme waster – o Jacob Rees-Mogg

That poem is bloody brilliant.

brilor said:
That poem is bloody brilliant.
Click to expand...

Isn't it just? Found it on facebook this morning. 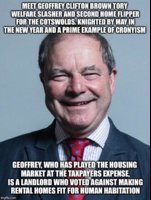 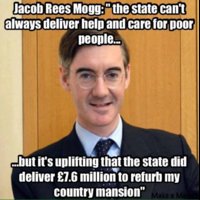 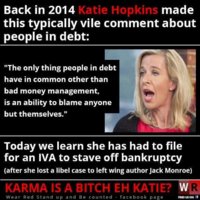 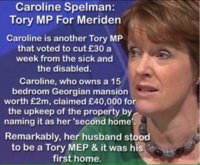