My mum told me she wishes that she had the abortion.
She doesn't regret me or anything just that Wetherspoons standards have slipped.

Olympic silver medalist Kelly Catlin has died at the age of twenty three.
She is an inspiration to all..... 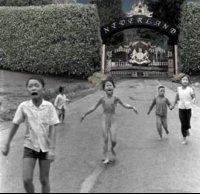 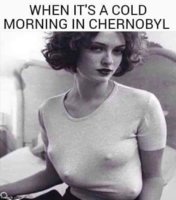 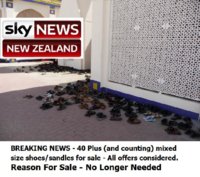 You are one sick puppy. LOL 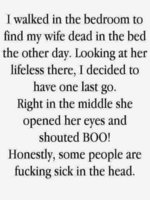 One afternoon a wealthy Scotsman was riding in his large limousine when he saw two men along the roadside eating grass.

Disturbed, he ordered his driver to stop and he got out to investigate.

He asked one man, "Why are you eating grass?"

"We don't have any money for food," the poor man replied. "We have to eat grass."

"Well, then, you can come with me to my house and I'll feed you," the Scotsman said.

"But sir, I have a wife and two children with me. They are over there, under that tree."


"Bring them along," the Scotsman replied.

Turning to the other poor man he stated, "You come with us, also."

The second man, in a pitiful voice, then said, "But sir, I also have a wife

and SIX children with me!"

"Bring them all, as well," the Scotsman answered.

They all entered the car, which was no easy task, even for a car as large as the limousine was.

Once under way, one of the poor fellows turned to the Scotsman and said, "Sir, you are too kind. Thank you for taking all of us with you.”

The Scotsman replied, "Glad to do it.

"You'll really love my place; the grass is almost a foot high.... 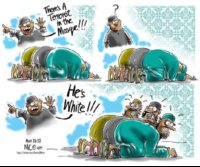 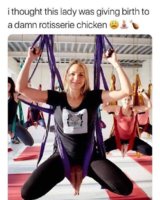 But non as strange as me. 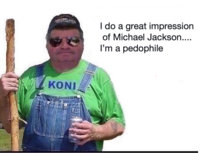 As chairman of the Blind Society, I've been accused of needlessly wasting money.

So I've arranged a fireworks display to cheer everyone up.

What’s furry, has eight legs and a cute button face?
Two rottweilers fighting over a baby

It is 1942 during on a POW camp during WW2.
The Commandant announces on the PA system that
to prevent boredom amongst the prisoners there is
to be a sports day.
" Ze Britich vill be playing ze football on ze football pitch,
Ze Yankees vill play baseball on the corner of ze camp
and Ze Jews vill be playing hopscotch on ze minefield."

A man and his wife were in a serious car wreck. the man received minor injuries, but the wife ended up in a coma for months. One day, a nurse was giving the wife a sponge bath. When she wiped along he wife's crotch, the wife moved slightly. Just to be sure it wasn't just an involuntary reaction, the nurse tried again. Sure enough, the wife moved and let out a very faint noise. The nurse went after a doctor and explained what happened. The doctor went back to the room with the nurse and tried same thing. Yep, the wife moved again. They called in the husband and explained what was going on. The doctor said "as crazy as this sounds, we think some oral sex might be just the thing to bring her out of her coma." The husband said "O.k., I'm willing to try anything." Doc said "Alright, we'll go into the other room and watch her vitals for any change while you do your thing." So the doctor and the nurse go into monitor the wife's vitals. The wife's signs started to move, the doctor nurse became cautiously optimistic. As the sign continued to come up to the normal range, they grew even more hopeful. just as they thought things were going great, all the signs went flat. They ran back into the wife's room, the doctor said "What happened? Everything was going so good, then all the signs went flat!" The husband was zipping his pants up and said "I guess she choked on it."
You must log in or register to reply here.
Share:
Facebook Twitter Reddit Pinterest Tumblr WhatsApp Email Link
Top