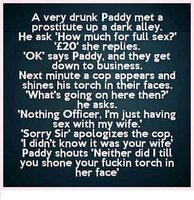 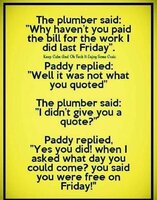 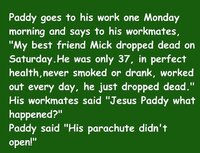 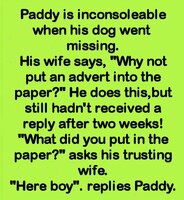 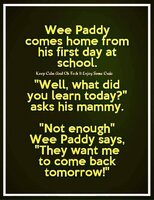 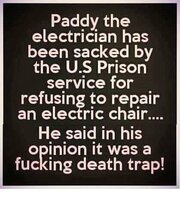 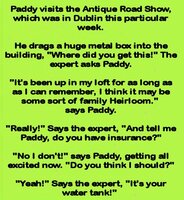 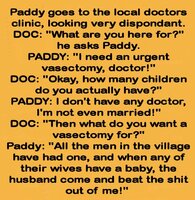 Paddy and Mick decide to join the IRA. They walk into this office where a guy dressed in general's outfit sits behind a desk. The general tells Mick to wait outside.

Paddy disappears out the office then re-enters 2 minutes later
"FFS this gun doesn't even work" he says slamming the gun on the generals desk
General "I know, this was just a test to see if you would do it or not, well done you're in the IRA. Now go and send Mick in"
Paddy "I can't"
General "why not?"
Paddy "I strangled him"

An Englishman, Scotsman and an Irishman who had to cross the Sahara each able to carry just one thing. The Englishman took an umbrella to shade the sun. The Scotsman took a water bag for obvious reasons. The Irishman took a car door. Half way over the Sahara the Englishman asked him why he’d brought the car door.
He replied “sure when it gets really hot I just wind the window down and the breeze is lovely”. 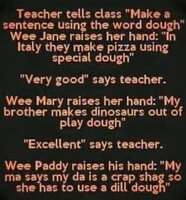 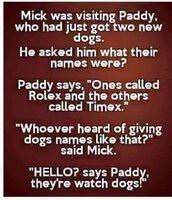