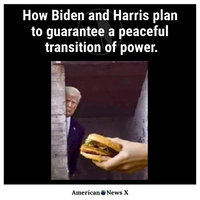 Why the Trump Haters Still Don’t Get It

Just about no one has moved away from where they stood on Nov. 9, 2016, when they woke up trying to comprehend that Donald Trump had overcome the odds, the press, and his own shortcomings to win that presidential election.

If you voted for him, you are still thrilled and optimistic about the future. I outlined in the book I co-authored with Brad Todd, “The Great Revolt,” that the election was never quite about Trump. Many of his voters saw his flaws with eyes wide open and voted heavily out of concern for their community, not necessary for themselves.

Many who did not vote for Trump loathe him with the intensity of a white-hot poker prodding at their soul. Their hair is still on fire, and nothing in the world can extinguish it until he is out of the White House, preferably in handcuffs.

Many reporters, though not all, often view these voters monolithically, rather than as the complex coalition they have formed, painting them with a broad brush. They see the Trump voters as foolish or fooled at best, and as bigoted, unintelligent, and backward at worst.

Reporters marvel at these voters’ unwillingness to give up on a struggling town and move to a larger city or region, never understanding that they often happily trade a higher salary or a career with bonuses in another city for staying in a community where they have deep roots.

Since the day after Trump won, reports on his win focused heavily on his loss of the popular vote. Then there were the overhyped stories about a Wisconsin recount. Then the story developed that he won only because of Russia and that he probably helped Russia “hack the election.”

This simply reinforced Trump backers’ support for the man. Haters will hate.

That brings us back to this: Nothing has changed since Election Day 2016, because everything had changed for the C-suite influencers who control our culture, politics, entertainment, big tech, and news consumption.

They chose to ignore the signs—or, in their arrogance, they just missed what had been in plain sight for decades.

The fusion of conservatives and populists who make up the Trump coalition that placed Trump in the White House will continue long after whatever date the president leaves office. And despite the efforts of the press, and despite Trump’s own actions, those in the Trump coalition are unlikely to change their mind, because the only alternative is an elite who paints them as a villainous segment of our society. 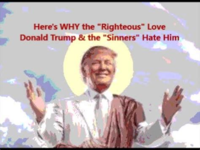 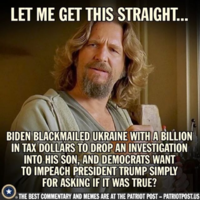 what he really said was "it is like biden ballots fell from the sky and no idea where they came from..maybe some alien spacecraft" 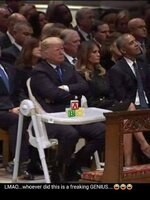 Did you notice his hair is now grey?

roadkill said:
what he really said was "it is like biden ballots fell from the sky and no idea where they came from..maybe some alien spacecraft"
Click to expand...

Another arsehole of a man! 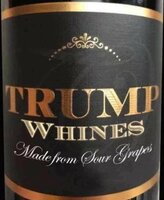 1..if you knew your elections were being hijacked by illegal activities and voter fraud would you not want
it to be exposed and made public?

2...how would you feel if you found out your ballot was stolen and used by someone else that prevented you from even voting?

What we’re about to tell you is important, so we’ll get right to the point.

So far, we have 234 pages of sworn affidavits alleging Election irregularities from just ONE county in Michigan. Here are the allegations:

And that’s only a few of them. The potential voter fraud we’re uncovering in Michigan is UNPRECEDENTED

Pennsylvania recently sided with the Republican National Committee and the Trump Campaign that the state’s Secretary UNLAWFULLY extended the deadline for absentee voters to provide missing proof of identification.

The court rules that Secretary Boockvar “lacked the statutory authority” to unilaterally extend the deadline set by law and ordered that these ballots should NOT be counted.

This is a MAJOR WIN for President Trump and American Patriots who want a FAIR Election, unlike the Left who is willing to engage in VOTER FRAUD and LIE to you.

how to kill the covid-19 virus 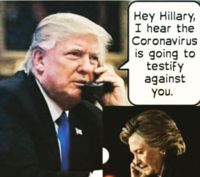 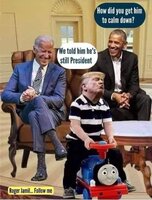 he is still President and will be until all law suits are settled
only the media has declared biden president elect ...nothing official has occurred 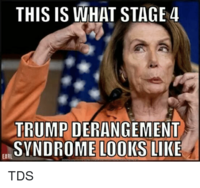 1..if you knew your elections were being hijacked by illegal activities and voter fraud would you not want
it to be exposed and made public?

2...how would you feel if you found out your ballot was stolen and used by someone else that prevented you from even voting?
Click to expand...

There is no proof that 'your' election was hijacked!
This doesn't happen here.

And 3 we are not as paranoid as you !
And 4, DT is a total embarrassment to the republican party! FACT! 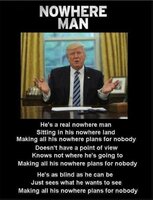