people will be begging President Trump to return..day 1 and already about 50000 people added to the unemployed list 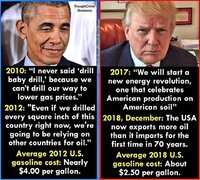 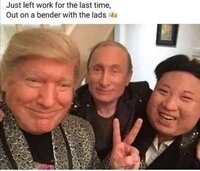 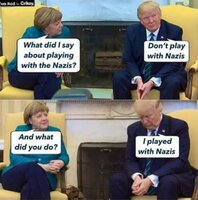 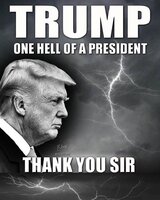 He knew NKs were more civilised than some yanks! 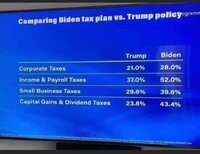 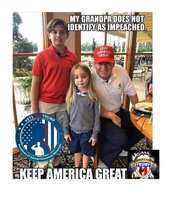 Who is this GOD you talk about?

brilor said:
Who is this GOD you talk about?
Click to expand...

since when do you care?

squirt said:
since when do you care?
Click to expand...

anyone with a brain bigger than a pea knows Trump won..but now let them live with their stolen results

President Donald Trump’s political team disavowed “Patriot Party” groups that have filed with the Federal Elections Commission (FEC) in recent days following news reports that the former president was considering starting his own party.
“On January 22, 2021, Patriot Party filed a Form 1 (Statement of Organization) listing DJTFP as a participant in purported joint fundraising activities under 11 C.F.R. 102.17,” Donald J. Trump for President Inc., the Trump’s official campaign committee, said in a filing. “DJTFP did not authorize the filing of this Form 1, has not entered into any joint fundraising agreement to fundraise through Patriot Party, and has no knowledge of Patriot Party’s activities whatsoever.”

“To be clear: DJTFP has no affiliation with Patriot Party, which is not authorized by Mr. Trump or DJTFP,” the filing continued. “DJTFP is placing this disavowal notice on the public record out of concern for confusion among the public, which may be misled to believe that Patriot Party’s activities have been authorized by Mr. Trump or DJTFP — or that contributions to this unauthorized committee are being made to DJTFP — when that is not true.”
A Trump spokesperson said in a statement, “We are not supportive of this effort, have nothing to do with it and only know about it through public reporting.”
Bloomberg News reported that Trump “has no plans to break from the Republican Party to pursue a third party.”
RELATED
GOP Lawmakers Reintroduce Constitutional Amendment Imposing Term Limits on Members of Congress
Trump Announces ‘Office of the Former President’ Headquartered in Florida

Axios noted that numerous groups had falsely claimed ties to the president in FEC filings in recent days, including the MAGA Patriot Party National Committee.

The Wall Street Journal had reported last week that Trump had floated the idea by some of his close advisers, although it wasn’t clear at the time just how serious he was about the idea.
“In last 24 hours, after floating through a few folks that he was considering creating a third-party as a way to keep Senate Rs in line ahead of impeachment, Trump has been talked out of that and is making clear to people he isn’t pursuing it,” NYT reporter Maggie Haberman wrote. “Trump has started to believe there are fewer votes to convict than there would have been if the vote had been held almost immediately after Jan. 6.”

Trump has started to believe there are fewer votes to convict than there would have been if the vote had been held almost immediately after Jan. 6, the people familiar with his thinking said.
— Maggie Haberman (@maggieNYT) January 24, 2021
Click to expand...