The world according to Koni 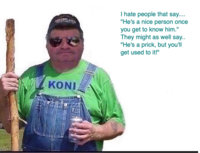 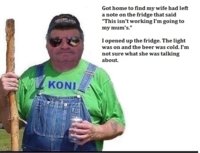 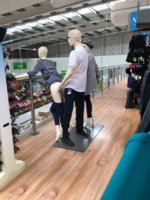 Over the past six months, your husband has caused quite a commotion in our store.

We cannot tolerate this behaviour and have been forced to ban him from the store.

Our complaints against your husband Mr. Matt Bailey, include, but are not limited to, the list below and are documented by our video surveillance cameras:

1. January 5: Set all the alarm clocks in Homewares to go off at 5- minute intervals.

2. February 15: He took 24 boxes of condoms and randomly put them in other people's carts when they weren't looking.

3. March 7: He made a trail of tomato juice on the floor leading to the toilets.

4. April 19: Walked up to an employee and told her in an official voice, "Code 3 in Homewares. Get on it right away".

This caused the employee to leave her assigned station and receive a reprimand from her Supervisor.

5. May 4: Went to the Customer Service Desk and tried to reserve a pack of biscuits.

6. June 14: Moved a "Caution - Wet Floor" sign to a carpeted area, which resulted in a customer slipping and falling over.

7. August 15: Sat in a tent in the camping department and told the children shoppers they could come in if they would bring pillows and blankets from the bedding department - to which twenty children obliged.

9. October 18: Hid in a clothing rack and when people browsed through, yelled "Pick me! Pick me!"

10. November 23: Took a box of condoms to the checkout clerk and asked where the fitting room was.

11. December 2: Went into a fitting room, shut the door, waited awhile, and then yelled very loudly, "Hey! There's no toilet paper in here."

12. December 7: Parked his car in the trolley shelter:

13. The final straw, he positioned manikins in the clothing department in sexually explicit poses 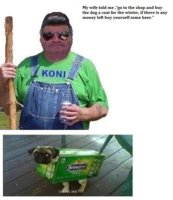 Only 4? Your fitbit is fibbing. 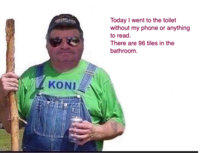 you be trippin' lol 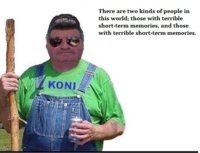 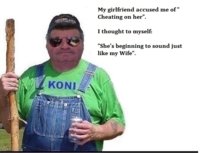 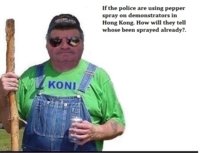 that took a minute lol 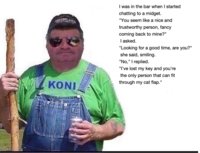 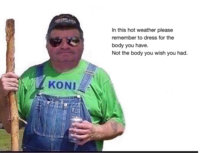 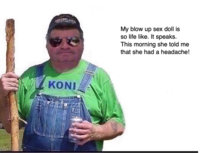